In connection with Takahashi Seisakusho Ltd.

In 1932, Mr. Kitaro Takahashi created a foundry in Tokyo.

Just after the second world war, in 1946, he decided to enlarge it with a workshop of light alloy moulding. It is at this same period that the manufacturing of the optical instruments starts.

In 1958, the business grows up. The company becomes Takahashi Seisakusho Ltd, directed by its president, Kiichiro Takahashi.

In 1969, after many years of research and development, the manufacture of telescopes and optical accessories starts. Business thrives, not only on the Japanese domestic market but also with overseas sales.

In 1970, considering that Fluorite (CaF2) offers greats advantages compared to common optical glasses, Takahashi begins research for its application and its use as bases for astronomical objectives.

In 1971, a semi apochromat objective based on Fluorite combination is used for the first time. This first objective contributes strongly to the notoriety of the company. In October the same year, mounting P-2, first portable German EQ mount with incorporated polar finder, is put on the market. 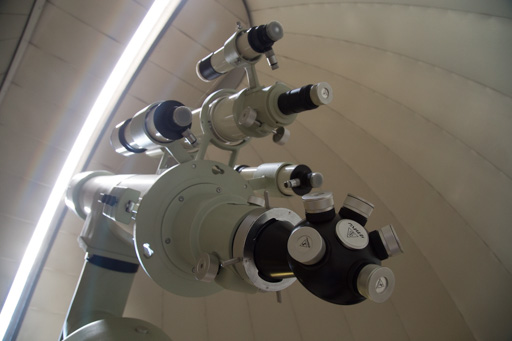 In 1974, in order to ensure the financing of the research, development and commercial expansion, the capital of the company is increased up to 16.000.000 ¥.

In 1977, a Fluorite 90mm (F/13.3) refractor is developed and acquires immediately a very a good reputation on the market. The 100mm, 125mm and 150mm diameters follow quickly and contribute to increase the notoriety of the company again. Year 1977 sees also the birth of a mounting of great quality and high degree of accuracy : the 160JP.

In 1981, a new Takahashi factory is built in Yorii, in the prefecture of Saitama, in order to answer the big raise of demand for various astronomical telescopes. Mr. Kiichiro Takahashi is named chairman of the company, while his younger brother, Mr. Eishiro Takahashi becomes General Manager of the company.

The production of Newton MT-100 (F/6) refractors starts in 1982, followed the same year by the MT-300. The MT-160 and MT-200 are developed in 1983.
Still in 1983, the EM-1 German EQ mount is marketed. It integrates a motor drive in right ascension and a polar finder. This mount contributes to strongly increase the volume of company's sales.

In 1984, Takahashi puts in production the first Epsilon-130, followed soon by the Epsilon-160 and Epsilon-200, specially conceived for wide field photography 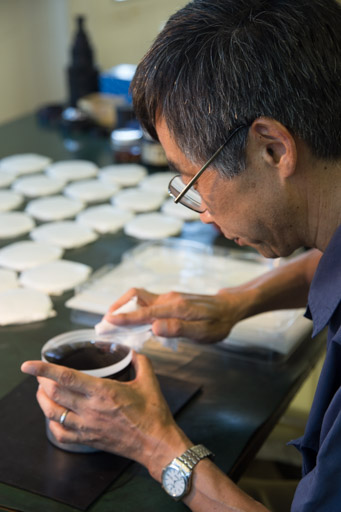 The EM-10 mount is developed in 1987. It is a very versatil mount which integrates a double axis drives. The same year, Takahashi starts the study of the famous EM-200, with double axis drives, polar finder, setting circles and autoguiding capabilities.

In 1989, the introduction of the EM-200 mount is a fantastic success. It becomes the dream of many amateur astronomers who use it for visual observation as well as for photography and CCD, a new technique growing rapidly.. The same year, Takahashi builds the first Dall-Kirkham reflector of the range Mewlon, the 180mm and then follow Mewlon-250 in 1990, Mewlon-210 in 1992 and finally Mewlon-300 in 1994.

Some instruments of exception were born since such as : FS-60C with the FRC-300.

Takahashi thus devotes itself, since more than a quarter of a century, to the development and the manufacture of optical combinations of exception, equatorial and additional mountings of very high-quality, with only one aim: answer the increasing demand of enthusiastic amateurs and fully satisfy their passion.

At present, the Japanese firm employs nearly 40 people, divided in 3 workshops in the area of Tokyo. Subcontracting, reduced to the strict minimum, makes it possible to have a perfect control of each link of the production line of the instruments. The company markets, mainly, its instruments locally and directly through 2 stores: Starbase Tokyo and Starbase Nagoya. Export represents however a considerable share of its production.